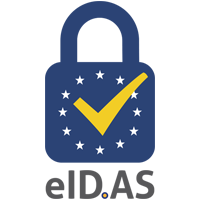 1. Open the e-authenticated document in Acrobat Reader. In the header it says (in the target language) what to do:

Click the header. The authentication service provider (Netlock Ltd.) reports back through the network that the authentication is valid and the "source of trust" is the European Union (on the system language): 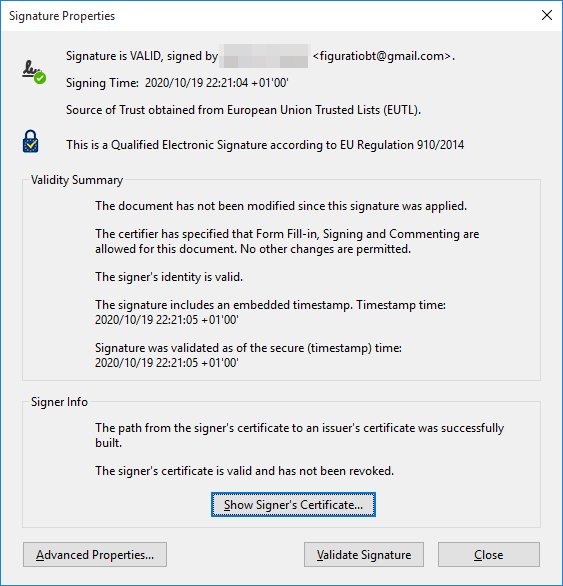 3. Clicking the View Certification... button will display detailed information of the certification: 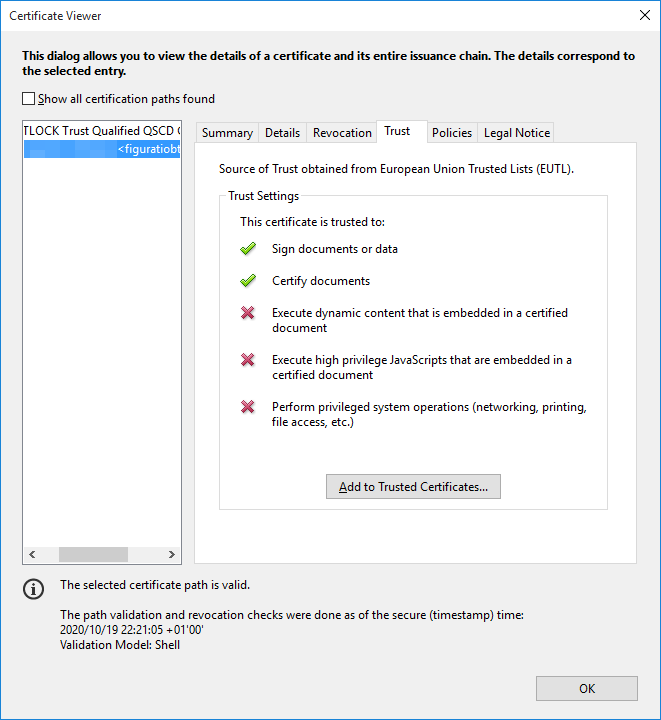 What about the paper-based certification of translations?

We still issue official translations on paper », that is, we tie the translation and source text together, add a clause to it, stamp it and sign it.

Ever since people have been issuing documents that guarantee rights or goods, there have been methods for their certification. Authentication originally meant that anyone who received the document could be sure that the document was actually issued by the authority to which it was entitled.

Whatever techniques were developed by certifiers, however, sooner or later others learned to counterfeit them (since a lot of money was typically involved). The mentioned techniques and materials are generally accessible today and also signatures can be imitated.

Electronic signatures will put an end to this for the decades to come.

The electronic signature can be displayed on digital devices connected to the Internet. Unlike all previous certifications, this one also proves that the signer has produced the document with the current content, no pixel has been changed. With a click on the header of the PDF document, the publisher of the certification - an independent third party - reports back who produced the document and when.

In the new world of e-certified documents, a second problem is a thing of the past. The system of postal proof of delivery has basically established itself as proof of acceptance of notices. The letter carrier has the proof of delivery signed by the addressee and hands over a closed envelope. (If there is none, the letter carrier notes this.) Nevertheless, the signature on the proof of delivery does not prove WHAT exactly was in the document, it only proves that the envelope was taken over (not to mention the infallibility of scribbled signatures). Consequently, the sender and recipient can theoretically claim anything about the exact contents of the mailing (and has countless times).

The digitization of official documents offers a solution to this problem as well. As mentioned above, the authentication service provider reports back the identity of the sender and the time of issuance and that the document was issued with the exact content. Thus, the content is undeniable by both the sender and the recipient. The undeniability of delivery is increasingly ensured or at least attempted by state authorities through portals such as the Hungarian customer portal ("ügyfélkapu"), company portal ("cégkapu") - in that documents sent there are considered delivered by law.

Request a quote for an official translation here »